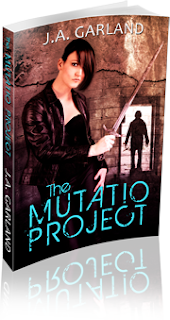 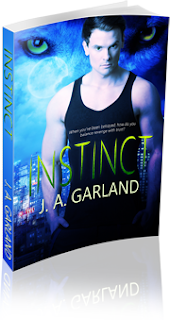 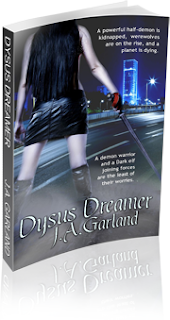 INSTINCT, Book One, The Halfling Chronicles
Lone wolf, Rory Archer, never failed a single mission. Now the hunted instead of the hunter, Rory unwinds a twisted trail leading back to Amber Arlington, a spirited Halfling tied to a world of Shadows. Bound to vows initially forged out of necessity, Rory and Amber's relationship surges into more than either of them bargained for, tangling them in a web of passion. Scrambling to identify their attacker before joining the casualty list, Rory is faced with doing the unthinkable, or watching Amber turned into a slave for his species.

DYSUS DREAMER, Book Two, The Halfling Chronicles
"A powerful half-demon is kidnapped, bloodthirsty werewolves are on the rise, and a planet is dying. A demon warrior and a Dark elf joining forces are the least of their worries."
Demon warrior, Slade Aesus, is determined to destroy the werewolves controlling his cousin. But a beautiful elf, consumed by vengeance, finds the wolves first. Botching her assassination attempt, Annwyn has the most powerful Packs in the world biting at her heels. Both fiercely independent, can the two join forces long enough to fulfill their missions and stay alive?

The MUTATIO PROJECT
Hiding in plain sight is a skill that Lucia has learned to perfect. Born with extraordinary Otherkind talents that could be considered both a blessing and a curse, Lucia is one of the rare few of her kind, and as such, she is a prize that the Shadows find they just can't resist...