There I was, typing away on my current work in progress, when a message popped up on my computer screen from the ever-lovely, M.S. Spencer. She asked a few questions, then invited me to see her responses, which can be found: Link Here
Be sure to leave a comment below(with your email addy) for 5 chances to win Lula's Peppermint Bark and Ana Banana Bath Treat's -- Zombie Soap! Seriously, the stuff is 'to die for!'

1) What is the working title of your current book? Moon Marked. Yes, the lead characters are werewolves.
2) Where did you get the idea for that book? Growing up in the Pacific Northwest, I always felt surrounded by magic--old world, time-less magic. I've wanted to write a book about fantasy creatures who were based in that area, for a long time.
3) What's the genre of the book? Urban fantasy.
Read more »
Posted by Unknown at 12:00 AM 0 comments

Does your holiday schedule leave you out of breath and scrambling for the time to eat something, anything? Well, fear not, this slow cooker oatmeal recipe will allow you to pre-assemble delicious ingredients, and have a nutritious meal ready when you're ready! Which might even earn you enough time to curl up with a good urban fantasy book.
Read more »
Posted by Unknown at 8:00 PM 0 comments

"The Rule of Three" for Zombie Race Survival 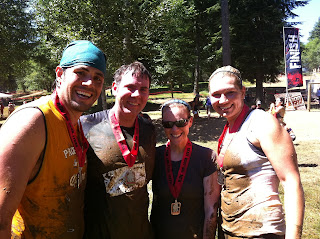 Recently, a team of four brave souls participated in a Run For Your Lives--Zombie race in Seattle, WA. Our mission, to traverse a challenging obstacle course through hundreds of walking and running dead while protecting three red flags hanging from a belt around our waists. The zombie's mission, to grab our flags before we crossed the finish line, thus making us one of them.

Thank You For Feeding The Zombies 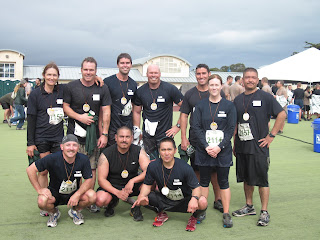 Sometimes I wonder why I get up at 5:30 in the morning to torture myself--I mean run. Especially those mornings when I have to wear a beanie cap, mittens and a parka. It helps to imagine I'm training for the ultimate...like the zombie apocalypse. When that sucker hits, I swear I'm going to be the fastest guy on the block. Until then, I'll keep preparing myself with challenging events like the Mud Run! Six miles of mud, five foot walls, push-ups, sit ups, drill sergeants...and a beer tent at the half way point--it's a blast. And I mean that in the 'thank god I made it to the end' way. Seriously, I love to run, so to all those runners out there, keep on truckin, and to those who don't-- thank you for feeding the zombies.
Posted by Unknown at 4:48 PM 0 comments

Fantasy On The Bayou

Did I hear that right? The RWA Chapter of Fantasy, Futuristic and Paranormal(FF&P) authors picked New Orleans as the site of their first annual FF&P conference?
Yes, indeed. 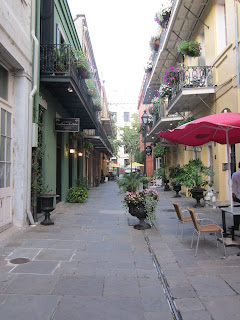 My love affair with New Orleans has gone on for nearly a decade. During which time I've repeatedly strayed from California's sandy beaches and fresh produce, to N.O.'s powdered beignets and smooth jazz. My decision to attend the conference was an easy one to make. 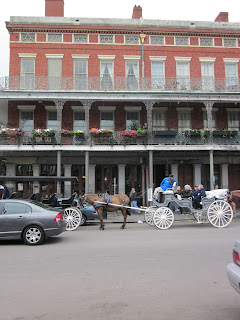 Who can resist buildings and bustling streets like this? 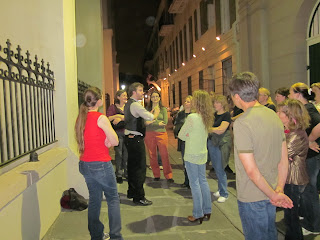 Or a Ghost Tour...
This tour took place in the French Quarter. Founded in 1718, I'm guessing quite a few folks have met their maker on these cobbled streets and behind these decaying walls, possibly leaving behind more than a few rattling skeletons who refuse to stay in the closet. 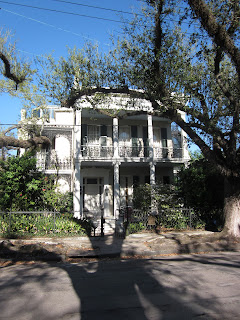 Or two?
The second tour took us to the Garden District, around the block and as the crow flies, to a home that once belonged to famed writer, Anne Rice. 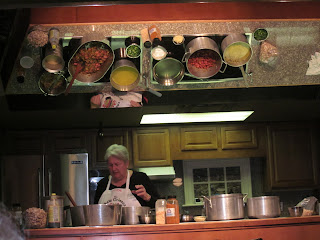 All that walking was tiring. Rest and rehab was in order.
We recharged with an afternoon cooking class where dutiful students learned to make gumbo, jambalaya and bread pudding, while the less than attentive plotted ways to get to the food first. 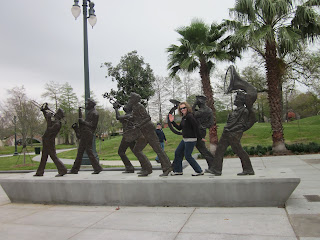 After securing a 'healthy' portion for myself, I was able to successfully march with a jazz band in Louis Armstrong Park. 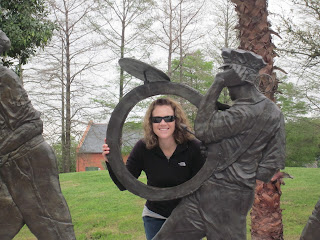 They were very patient as I learned the ropes and posed for my adoring public. 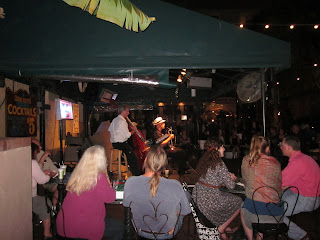 After the parade we watched a jazz band play at Cafe Beignet, over, you guessed it, beignets and chicory coffee! 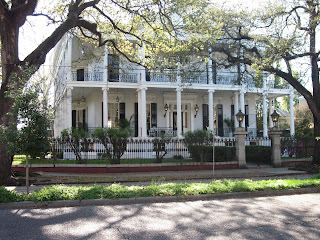 Yes, it was all play. Even the conference workshops where I learned about Down 'N Dirty Plotting, Platform, Product & Promotion and many other engaging topics from such entertaining speakers as Bob Mayer and Staci McGothlin. Workshop groups were of a size we could ask as many questions as we wanted, yet product and delivery by the speakers was of the highest calibre.
Don't miss the fun, I highly recommend you attend next years conference!

In Search of J.A. Garland's Elf 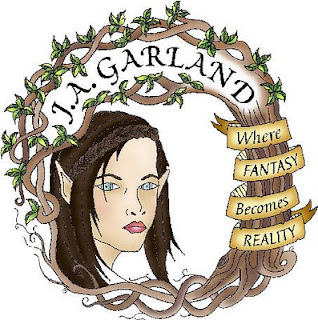 A few months back I began looking for someone who could design a logo for my handout items...t-shirts, coffee mugs, Jelly Belly tins, pens, etc. I didn't have far to search, as one of the firefighters I work with has a sister who is a graphics art designer. He made the hook-up and our first conversation went something like this:
Me: "It has to have an elf."
Artist: "Full length elf, or the upper torso of an elf? A fighter elf with bow and arrow, or a soft, romantic fairy elf? What colors do you like, vibrant and bold, or pastels? What scenery do you want, a celtic framing or-"
Me: "It has to have an elf."
Even with those vague instructions, the artist managed to capture everything I had trapped inside my head. I think she did an amazing job, what do you think?
Posted by Unknown at 8:21 AM 0 comments

About the time I decided to take this writing thing seriously, was about the time that I decided I needed a blog. Sure, my friends are laughing at me now, being the woman who said she'd rather stand on a street corner in a giant banana suit promoting a smoothie business than post on a blog. I mean, what would I say, and more importantly, who would listen?
Alas, here I am, throwing fear to the wind and...posting. On. A. Blog.
But you know what, it's kind of empowering in a, "Hey, here I am world!" kind of way. Matter of fact, I'm already looking forward to our next little chat.
Posted by Unknown at 7:00 PM 0 comments